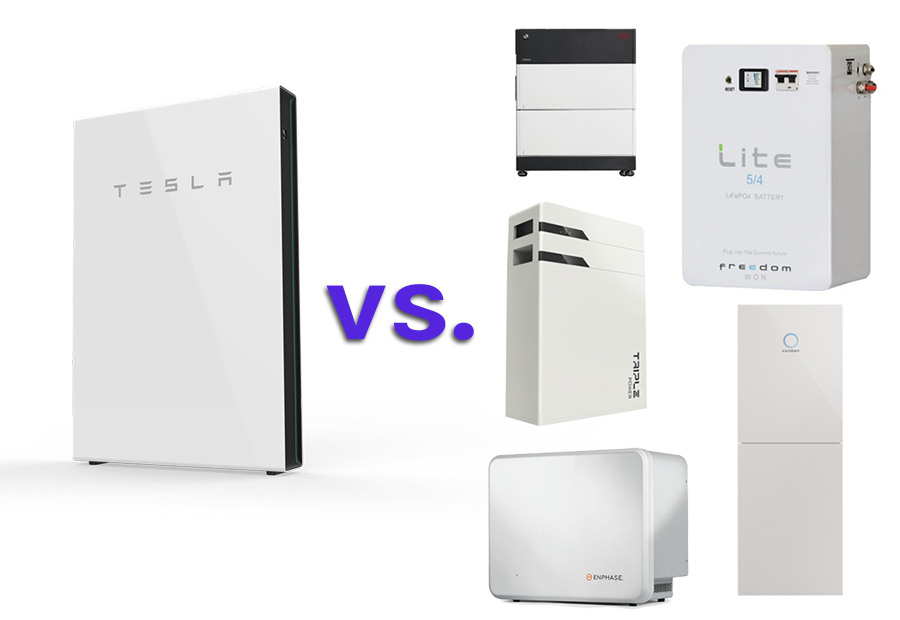 We thought it was high time we got down to business and took another look at the Tesla Powerwall to see how it stacks up against the latest battery technologies available on the market.

The Tesla Powerwall 2 (A Short Introduction)

Limited production of the Tesla Powerwall 1 started in 2015, it had 7kWh of storage and was considered top tier.

Fast forward to 2020 and the Tesla Powerwall 2 boasts double the amount of power storage.

Announced in October 2016 at Universal Studios by Elon Musk, the Tesla Powerwall 2’s unveiling saw Musk make a premature announcement of the Tesla Solar Tiles (which still aren’t available in New Zealand, and not we’re not anticipating them anytime soon).

In 2016 the specifications of the Powerwall 2 were certainly mind-blowing for the solar industry and Tesla fans alike.

The seemingly low price was astounding, with Musk stating it would cost only NZD $8,500.  However, upon reaching New Zealand, the installed cost of the Powerwall 2 was roughly NZD $18,000, which does seem expensive, but the price was competitive nonetheless.

The price of a Tesla Powerwall has come down a touch to NZD $15,000, but it has been known to fluctuate.

Below we’ll compare some of the specs of the Tesla Powerwall 2 to other battery manufacturers models that are available on the New Zealand market.

We won’t cover all the specifications of the batteries, just the few we think are worth mentioning. 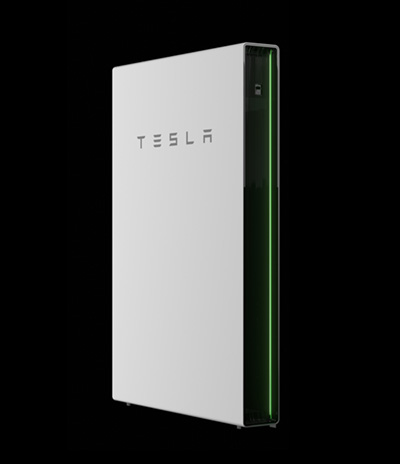 The Tesla Powerwall 2 has 13.5kWh of usable energy storage. To put that number in perspective, the average New Zealand household uses 20kWh a day, therefore 13.5kWh of power storage should be more than adequate to cover night time power usage.

There are plenty of brands on the New Zealand market that claim to have similar storage capacities. For example, the Freedom Won Lite Home Business 15kWh model has 12kWh of usable storage, while the Sonnen Hybrid 9.53/15 has 11.25kWh of usable storage.

There are many models starting at a low kWh size, however these can be scaled up to the size of the Tesla Powerwall 2. For example, the BYD Battery Box Premium LVS is scalable up to 254.8 kWh, and the Sungrow PowCube SBP4K8 is expandable up to 14.4kWh. Yes the Tesla Powerwall has a lot of storage, but there are comparable models on the market.

The amount of power the Tesla Powerwall 2 battery is able to discharge at any time is 5kW, with 7kW being its peak.  This is relatively high compared to many other models. This output would benefit a household that often uses several high-powered appliances running at once.

If the power output of a battery is too low there is a risk that not all of the stored power can be used in crucial hours (evenings).  For example, if a battery has 10kWh of usable power storage, and the power output is 1kWh, at least 10 hours will be needed to drain the battery by using home appliances during this time, which isn’t realistic.

Consider this, solar panels often stop generating electricity at around 5pm just as the family or home owner is back from work or school, which is when lights, heat pumps and tv’s are turned on. The electric hob goes on at 6pm to prepare dinner, and by 9pm the only appliance running is the fridge, intermittently.  In this example we would recommend a battery with a power output of at least 2.5kWh (remembering it takes 4 hours to drain a 10kWh battery).

The power output of a Tesla Powerwall should be more than enough for most New Zealand households, given it's 5kW output rating.

Other battery models available on the market don’t have such a high-power output rating.  But even one of the models with a low power output could be sufficient.  For example, SolarX Triple Power 6.3kWh has one of the lowest power outputs with 3kWh, and that is still a fair amount.

The Powerwall is both hybrid and off-grid compatible.  This simply means the Powerwall will still function in a blackout, and will work in a rural scenario (where there are no power lines and the household is reliant on solar and a battery for electricity).

Most batteries models are at least hybrid compatible, which is quickly becoming as a must for battery manufacturers. One of the biggest benefits of having solar battery storage is having energy independence in power outages.

Fair warning, not all models are off-grid capable and currently they represent about half the batteries on the New Zealand market.  At this stage other types of batteries, such as Gel or AGM, are more commonly used in off-grid solar installations rather than lithium-ion batteries, due to the lower cost.

All battery storage systems use some form of lithium chemistry in residential installs, however some differences do exist between models.

NMC batteries have a relatively high energy density with an average power rating in comparison to other lithium ion batteries.

The cobalt element makes NMC batteries safe and reduces the risk of thermal runaway (a situation where the battery cell temperature rises). Importantly, all power storage batteries for homes and electric vehicles are safe, but lithium-ion batteries with cobalt in the chemistry makeup have an added layer of safety that’s worth considering.

One further reason why NMC batteries are the predominant chemistry for residential energy storage solutions is their cost: compared to other chemistries, production costs for NMC batteries are on the lower end of the lithium-ion cost spectrum.

Another common battery chemistry on the market is Lithium Iron Phosphate which is used in Sonnenbatteries, the SolaX Triple Power Battery and the Enphase AC Battery.

The addition of iron in LFP batteries improves safety and reduces heat output, meaning that LFP batteries often won’t require the same level of ventilation or cooling as NMC batteries to operate (if any at all).

The BYD brand of batteries uses Lithium Ferro Phosphate (LFP) cells which are considered the safest and most stable battery chemistry.

The warranty for the Tesla Powerwall 2 is 10 years, an industry-standard as most manufacturers offer this warranty length.

The Tesla App gives Tesla an advantage over their competitors. The sleek mobile app displays power flow from solar panels, batteries, home appliances and EV’s.  It also allows for user preferences, giving the user freedom to really make the most of their power production and subsequent storage.

Indeed, most solar batteries do have some sort of app or online monitoring - but it’s fair to say Tesla have set the standard for sleek monitoring. 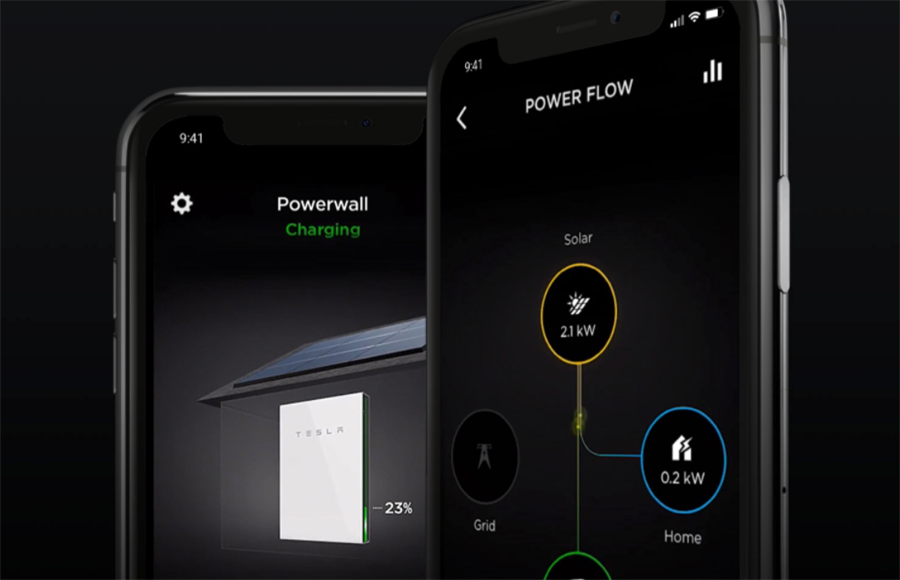 The Powerwall 2 has an internal battery inverter, but because the Powerwall is an AC battery (requiring AC input, and the output AC power), in order for it to function with the solar power system it requires an external inverter (a non-Tesla appliance) to convert the DC power generated from the solar panels to AC power.

The advantage of this arrangement is that it can operate with any solar inverter model and brand, therefore the Tesla Powerwall can be easily retrofitted to any existing solar power system.

When comparing the SonnenBatterie to the Tesla Powerwall, make sure to include the cost saving from not having to spend a few thousand on buying an external inverter.

The price of the Tesla Powerwall is roughly NZD $15,000; very much in line with the other models on the market. Basically, larger batteries are approximately $1,000 per kWh rated capacity.

But in our opinion, the Tesla Powerwall gives the best bang for your buck, if not only for the impressive specifications, then a sleek, iconic accessory for the home that adds real value, and serves as a great conversation starter with the neighbors.

Compare All The Specs To The Tesla Powerwall 2

If you want to compare all of the specs of all solar batteries available on the New Zealand market, then have a go of our Battery Comparison tool - select 3 batteries that would like to compare side by side here. 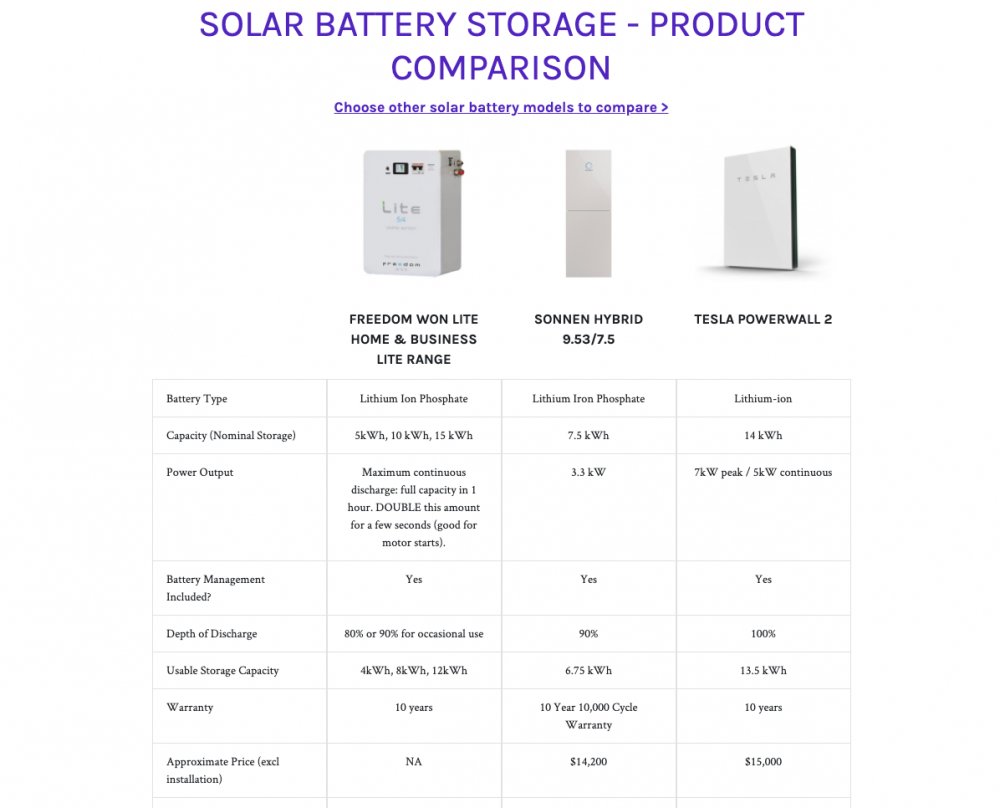 Thanks for going to the effort to assemble this review/comparison. I don’t claim any knowledge or expertise on the subject so I certainly won’t be rating your effort but I just think it is great that you have provided this information and hopefully others can contribute their own views and experience to enrich the conversation.

Hi Arny. There's no denying that there is better battery tech than what's in the powerwall. But the powerwall has the marketing buzz behind it, and it is often the first battery people find out about. I am hoping to highlight in this article that there are other batteries out there that have great specs and that other models are worth exploring.

BYD is by far more capable battery, u neglect this in yr presentation. seems strange as it more ecologically favorable as well. we do all drink the Tesla coolade