By Kristy Hoare on 20th January 2014 in Electric Vehicles 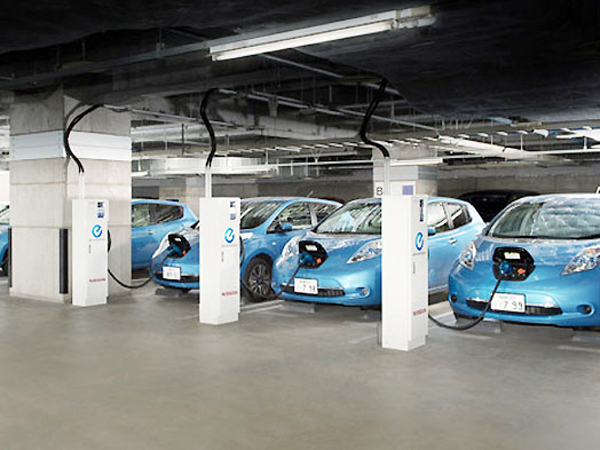 "Why is electricity so expensive these days? Why does it cost so much for something I can make with a balloon and my hair?" ~Dennis Miller

It is true that the national average for cost of electricity has been rising at a steady rate since 2010 in New Zealand. We talk about solar energy often, and some of us may have already begun using alternative sources, but there are other avenues to consider when forging a plan to cut costs on electricity.

So with a little care, it is possible for us to save some extra money using this system - especially peak hour electricity charges - just by being a little organized. Remember when George Carlin said, "Electricity is really just organized lightning!" We're sure he didn't have this in mind!

Of course, being able to use your smart car's battery to cut costs is only an option if you are not using an 'uncontrolled' or '24 hour, continuous' type of electric meter, as your power company charges you a flat rate in this case, with no different sets of rates for peak and off-peak times. So if you would like to cut costs once this system is commercially available, you can talk to your power company about choosing a different price plan.

So here's what Nissan did: They field-tested their system using 6 units of Nissan LEAFs - their most popular all-electric vehicles - by hooking them up with each other, pulling electricity from them during peak hours to power the Advanced Technology Center building, and then charging back the Nissan LEAFs during off-peak hours. Nissan claims that they can ensure all cars being used in this 'Vehicle-To-Building' power system (yes, don't have a more clever name for this) will be fully charged by the end of the day.

When you go through all that trouble, the cost-benefit analysis becomes all the more important. How much can this system save us, Nissan? Some reports suggest that it could save around 2.5% on the cost of electricity, spread over the course of a year. Does that even count as 'savings'? After all, those car batteries will wear out sooner because they're not designed to power up entire buildings, are they? Even if the cost of battery wear'n'tear are included in this estimate, this power system may not bring a lot of benefits to the home user. See, while 2.5% of a building's electricity bill may amount to a huge amount (500,000 Yen in the case of the Advanced Technology Center building), 2.5% in savings for your home electricity bill doesn't seem like all that much.

But it still counts as 'savings', even if it's just 2.5%, right? One should be optimistic about such endeavors because further research and development may improve those figures and perhaps such power systems become economically feasible for us - even home users - in the future. We already have smart cars parked in our garages - if a system makes good use of them while they're just parked, why not!?