Home > My Solar Quotes Blog > Solar Power, Great For The Environment? Or Is It The Last Thing We Need?

Solar Power, Great For The Environment? Or Is It The Last Thing We Need? 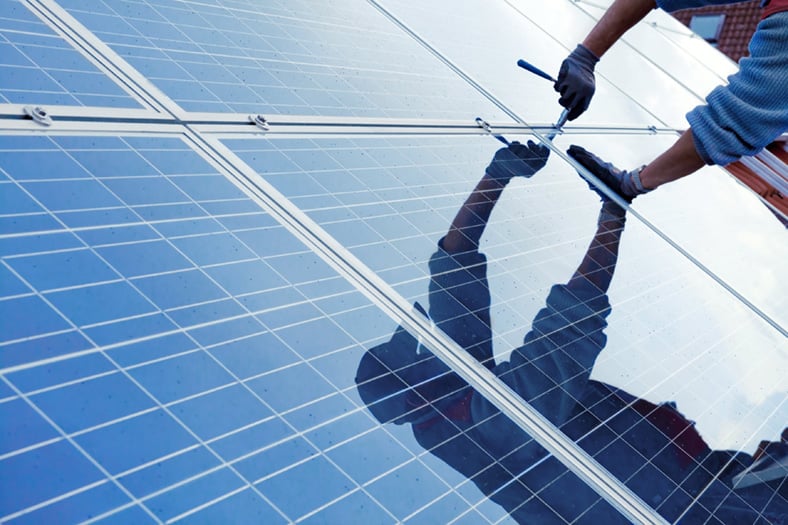 Solar power is an undeniably a green, renewable form of electricity generation - but many organisations with questionable motives (even here in New Zealand) are trying to persuade the public (and Government – hi lobbyists!) that solar power isn’t that environmentally friendly, and that it's even harmful.

At the expense of bullish corporate profits, solar power is often thrown under the bus.  This article lists the facts - putting an end to the negative spin on solar so often found in the media.

No Emissions, No Pollution, No Worries

When solar panels produce power, they do not; create any air pollution, use zero water, create carbon emissions, noise pollution, and they won’t disturb surrounding ecosystems.  Solar power is a renewable energy source, the sun’s rays are infinite, fill your boots.

Solar power can be installed on existing roof structures; therefore, they don’t need to take up land resources.  But large solar power systems, known as solar farms, can be installed as ground-mounted systems while still allowing vegetation to be grown in between the panel rows.

Using solar power in New Zealand (both as is now and on a massive scale) can help to reduce the amount of coal, gas, and diesel that is burned in power stations.  Reducing fossils fuel use in New Zealand can help alleviate or even reverse climate change while reducing pollution that poses a real risk to human health, both in the short term and long term.What’s not so green about solar panels?

Like many products that are manufactured, energy and materials go into producing a solar panel, and they don’t always have the greenest credentials, such items/methods include:

To keep things in perspective - a bamboo toothbrush is a product that can’t escape environmental impact ridicule either.

All renewable, green energy sources will produce emissions, usually at the very start of their lifecycle. For example, heavy petrol-powered machinery is used in building hydro-damns, and wind turbines require a lot of energy in the manufacturing process of steel and aluminum structures.

PV modules often have toxic heavy metals present in panels, and some brands have higher levels than others - others won’t contain any toxic metals at all.  If panels do have toxic materials in them, the risks must be managed well, and some companies do this better than others.

A great tool for solar power customers (or potential solar power customers) is the Solar Scorecard. The Solar Scorecard can help determine what solar panel manufacturer to choose, based on the environmental impact from manufacturing panels. The scorecard rates companies on factors such as energy use, emissions, module toxicity and recycled content.  A manufacturer that has a high solar scorecard number (high good, low bad) will use renewable energy to power their manufacturing plant, disposing of toxic chemicals safely, and making sure minimal waste has been created along the way.

There is much to consider when calculating a solar panel’s energy payback time; the energy needed to mine, transport, refine, produce all panel subcomponents and packaging the final solar panel.  Once manufacturing is complete, the calculation considers the transportation energy used, and finally the recycling of the panel at the end of its life.

REC, a popular solar panel manufacturer with many panels throughout New Zealand, conducted an energy payback study that concluded the payback time was 2 years for solar panels installed in France.

A study completed by the International Energy Agency found that solar power systems in Australia have an energy payback time of under two years.

The Electrification of New Zealand

Electrifying transportation is one sure way to make New Zealand’s environment a whole lot cleaner.  Just by using less fossil fuels is a great start. However, more renewable energy generating facilities are needed to accommodate the increase in demand for electricity.  According to Transpower (New Zealand’s electricity grid operator) New Zealand needs to double electricity generation by 2050 to decarbonise the economy.

So, the old argument of ‘why invest in solar power if New Zealand’s energy production is already 80-85% from renewable energy resources’ is now null and void.  Scientists are urging us all to do everything we can to reduce emissions. Coal, gas and diesel power plants are still operating in New Zealand. To get to 100% renewables there will need to be heavy investment into hydro, wind and solar power.

It is clear that electric vehicles are the answer to reducing fossil fuel consumption habits.  Tesla vehicles and Nissans Leaf are a common sight on our roads, and if the growth of EV’s rises as sharply as Tony Seba predicts, New Zealand will need to scale up power generation dramatically.  Consent for wind power and hydro dams can take many years, whereas solar power (on roofs) won’t need consent, and from the time they are ordered they can be installed within a matter of a few months.

Solar panels are expected to last over 25 years, and this is backed by the fact that almost every solar panel manufacturer in the world has a performance warranty of at least 25 years.  The oldest operating solar panel is now over 60 years old. Therefore, expecting a solar panel to last 40-50 years can be considered realistic.

Even though only a small number of solar panels have reached the end of their life worldwide, the question has to be asked - can solar panels be recycled?  The answer, yes!

Most panels are made up of glass (90%), along with aluminium and wiring, both of which can be easily recycled.  Silicon cells can also be smelted down into reusable slabs.

It’s time for New Zealanders to understand and embrace the environmental benefits of solar power, to help keep our country clean and green for many decades to come!

It is good that you countered the negative that I have read or heard so often: solar panels have toxic materials that cannot be recycled at end of life and they will just pile up in waste dumps. Only if companies and people cannot be bothered.